Find this article at:
go.ncsu.edu/readext?632431
— Written By Jeanine Gaul 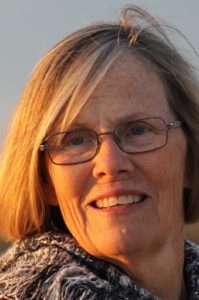 If you have an important job to do and a real deadline within which to do it, find a busy person to whom the task can be assigned. That observation may easily be consigned to the “old wives’ tales,” folder, but, like many an adage, there is more than a kernel of truth contained within. A corollary has it that if you have an important and timely job to do, find a retired person, and put him or her in charge.

In the case of the N.C. Cooperative Extension of New Hanover County, if you have an important job put Mary Louise McKernan on the case, which is exactly what the folks headquartered at the Arboretum on Oleander Drive have done. McKernan, a member of the local board of citizen advisors to local Extension efforts – including 4-H, Master Gardener℠ volunteers, the Ability Garden, and Family and Consumer Science programs – has now been appointed to serve a similar function on the state board, representing Brunswick, Pender and New Hanover counties.

Indeed, adding anything new to the retirement schedule of the former elementary school science teacher is a challenge; she lists her volunteer efforts in broad general categories – cultural (Bellamy Mansion and Thalian Hall), environmental (Cape Fear River Watch, the Arboretum), and social justice (guardian ad litem, Kids Making It, Step Up Wilmington). The entire Cape Fear region has seen an uptick in its overall wellbeing since McKernan moved here from Hawaii about five years ago.

Living and teaching in the jungles of Mexico some years ago was a watershed moment for McKernan, who returned, somewhat unhappily, to her native Southern California when that assignment ended. After nine months of life far removed from the grid – and the daily grind — the pace of life back home was…uncomfortable. McKernan took a minimum-wage teaching gig on Catalina Island off the coast of California, a job that later turned into a full-time, fully funded teaching position on an island with a town confined into about one square mile.

When she retired, she headed off to Guatemala, where she started a school in the mountains, then moved to live with a sister in Hawaii. But she soon grew disenchanted with life in a paradise where the temperature never varied much from 80 degrees and where “my brain was turning to mush,” she said with a laugh. She looked for a place closer to her South Carolina-based daughter and grandson, and, in a toss-up between Wilmington and Savannah, opted for the correct choice.

“I found Wilmington on the map, and I absolutely love it,” McKernan said. “I immediately jumped into” life here, including a steady diet of continuing education classes and the development of her vast portfolio of volunteer efforts.

County Commissioner Rob Zapple asked McKernan to serve on the local Citizens Advisory Board for the Extension Service in 2018, when the long-time director of the agency was retiring and the search for a new director was underway. “Extension was being reinvigorated,” McKernan said, and she agreed with Zapple’s request that she serve on the local board, then, 18 months later, agreed with new local Director Lloyd Singleton to serve on the state-citizen advisory board.
Meanwhile, McKernan is busy interviewing a long list of folks who have something to say about Extension, this in observation of the Arboretum’s 30th-anniversary celebration.

If you have an important job that needs to be done…