Find this article at:
go.ncsu.edu/readext?611892
— Written By William Kelley and last updated by Jeanine Gaul 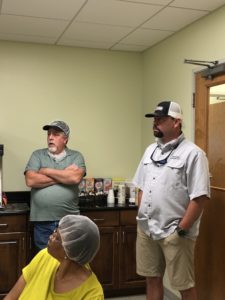 At last year’s summer Extension State Advisory Committee meeting, the group had a chance to tour one of the most modern vegetable packing facilities in NC – FLAVOR 1st Farms. Located in Mills River in Henderson County. This family-owned operation has a history that goes back over 200 years and eight generations.

Owner Kirby Johnson and his staff took the group on a tour of the packaging facility which has state-of-the-art equipment. One of the most fascinating parts of the tour was seeing grape tomatoes packed. The tomatoes are sorted on a fast-moving line equipped with electronic eyes to remove damaged or unripe fruit. The tiny tomatoes are then moved into the packaging phase where 18 clamshell packages are filled at one time, the lids closed and labeled and then they are packed in boxes for shipping. 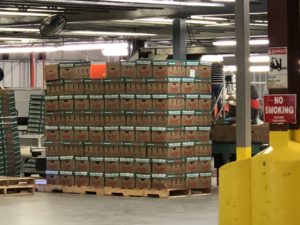 The FLAVOR 1st family roots run deep in the produce industry. The company’s origin dates to 1798 when James Noble Johnson began farming in the fertile soils of Buncombe County, NC. After 8 generations, his descendants continue to grow, pack and ship produce.

In 1998, Kirby Johnson and Mitch Gaither formed Johnson Farms Repack. In 2003, family member Brian Rose came aboard as an owner and the company name was changed to FLAVOR 1st Growers & Packers. Each owner has a lifetime of involvement in the produce business and each brings his own level of expertise to the operation.

Today, FLAVOR 1s operations are still centered in the fertile mountain valley of Mills River, North Carolina. The Mills River community is located just north of Hendersonville and south of Asheville. FLAVOR 1st’s owner-operated farm and repacking facility are in the same area; however, the operation stretches beyond the North Carolina Mountains. 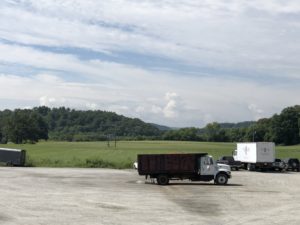 FLAVOR 1st packs several other products including sweet corn, snap beans, squash, okra, eggplant, cucumbers, bell peppers, chili peppers and slicing-size tomatoes as well. Other products include hot house products such as seedless cucumbers and tomatoes on the vine. The facility packs for growers from all over the southeast so that they have a good supply of produce to pack and ship virtually year-round. Their produce is grown from Florida to Virginia and they distribute all over the East Coast. 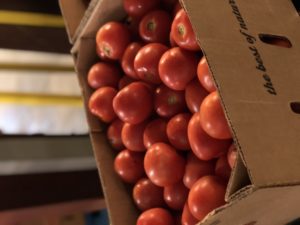 The Advisory Committee had a chance to tour the entire packing facility from the intake of the product, to the packaging, cooling and shipping areas. The heard about the food safety protocols the company must follow and about the rich history of the farm. On the trip to the packing facility, the group got to see several of the fields where FLAVOR 1st products are grown locally. In addition, they heard about the sustainability practices used on the farm and how Cooperative Extension has been an asset to them frequently over the years. 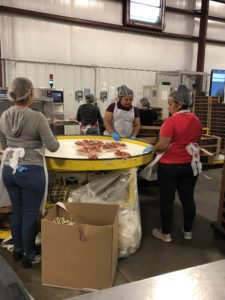 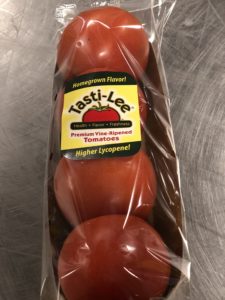 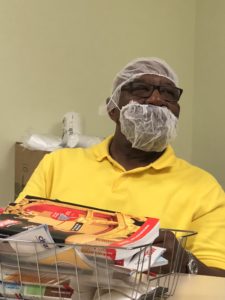 Henderson County Commercial Vegetable Agent Karen Blaedow commented on the operation. “This is one of the most advanced facilities in the southeast. FLAVOR 1st is at the leading edge of technology. They are always complimentary and very appreciative of the assistance we provide at Cooperative Extension.”